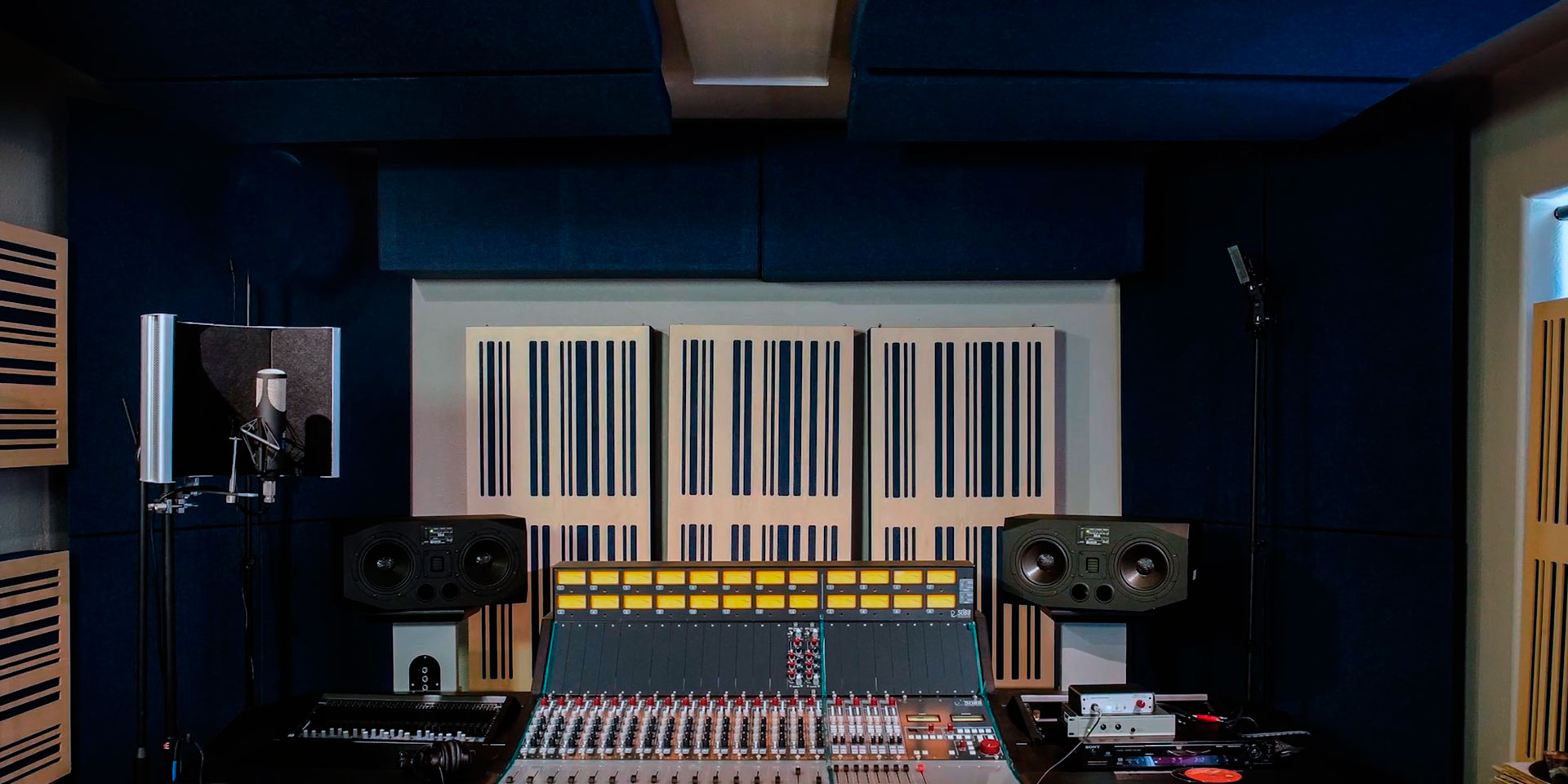 The acoustic properties of a room make a certain contribution to the quality of the soundscape perceived by the listener.

For those who listen to music in an ordinary living room, there are many tips and tricks that you can follow to optimize the sound of your existing audio equipment.

There is a popular belief in the audio industry that the last big barrier to truly accurate sound reproduction is the listening room. However, this is not entirely true. There are many nuances in the hardware itself or in the recording you are playing. The room is just one of the reasons. Some features have a negative effect on sound in rooms, but others, because of our perception of reflections in reverberated spaces, have a beneficial effect.

And the best thing is to make effective use of the positive features and eliminate, as much as possible, their negative impact on the sound.

It is important to understand why this or that room acoustics is formed. Each room has specific acoustical properties, as they prevent sound from getting outside. Instead, sound bounces off walls, floors, and ceilings, gradually dissipating its energy by absorbing it. but also, part of the energy absorption occurs directly in the air. However, most of all sound energy is absorbed by the upholstered furniture and other interior elements. 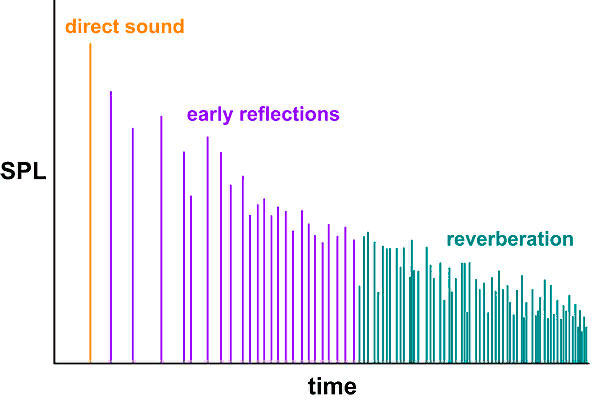 The image above is a stylized image of a room’s response to a sound pulse. Measurements are taken using periodic noise or sweeps and then processed to produce an RIR.

If the sound is produced in a room, then in addition to the sound itself, we almost always hear its numerous reflections (with the exception of anechoic chambers). The most important in this case is the so-called early reflections – individual repetitions of sound that occur during the first 50 milliseconds after the direct sound. In a typical rectangular room, there are from six (floor, ceiling, and four walls) to ten early reflections, before the reflections start coming in so often that they merge into a single reverberation.

The distance from the sound source to the point at which the intensities of the reverberant and direct sound become equal is called the “critical distance“. As you move away from the loudspeaker, at a distance exceeding the critical (where the reverberant field dominates), the sound intensity levels out to a statistically constant value.

An important effect of a room is resonance in a closed volume of air, caused by the interference of two (or more) sound reflections. This problem, first of all, is solved by changing the position of the speaker systems and the listener himself.

The loudspeakers should be placed symmetrically so that they have a similar acoustic environment: equal distance to the floor, front, and sidewalls. In a rectangular or nearly rectangular room, this is easy to achieve; this is not the case with some other room configurations.

The “rule of thirds” – the speakers should be located one-third of the room’s length from the front wall and the listening position – respectively, one third from the back wall.

Room acoustics is a topic where audiophile opinions differ. However, some argue that clutter in a room is good for sound, as it allows you to add diffusion of sound – that is, it makes the picture of reflections in the room more complex and helps to suppress strong specular reflections from the walls.

There are two options for enhancing room sound. You can use absorption to dissipate sound energy, or diffusion to redirect some unwanted reflections.

Sound absorbers are often available in the form of porous foam (acoustic foam rubber) or special fibrous material. It is believed that sound absorbers made of acoustic foam with a contoured surface are more effective than flat ones. The disadvantage of such absorbers is that they selectively absorb only certain frequencies, being quite effective in the high-frequency range, but less effective at low frequencies.

Specially designed acoustic panels can be used as sound-absorbing materials, as well as, for example, tapestries or other similar materials that would be appropriate for use in a living space. It should be noted that covering the entire upper part of the walls with a sound absorber can lead to too much damping, therefore, placing each sound-absorbing panel opposite a reflecting wall section that is not covered with special materials can be a good solution.

As far as diffusers (diffusers) are concerned, they should probably not be placed on the front or side walls, although it should be admitted that this option also exists.

It is impossible to talk about the acoustics of the room and give specific advice without taking into account all the specifics of the room, therefore, in general, The one thing should be mentioned, that the interior of the room should contain a uniform alternation of sound-absorbing and scattering surfaces that do not create pronounced directional reflections. 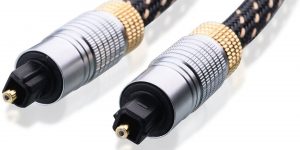 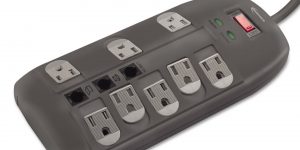 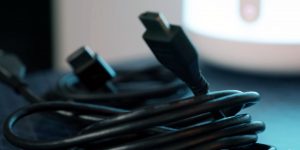 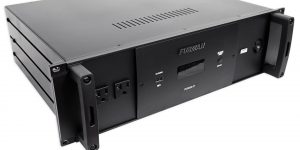 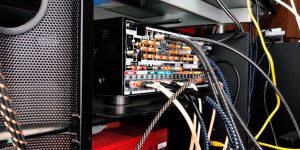 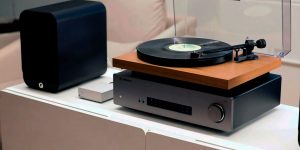 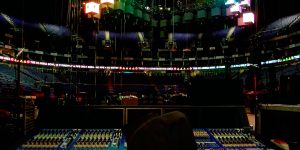 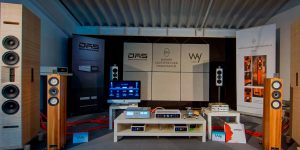 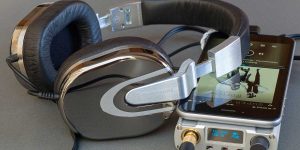 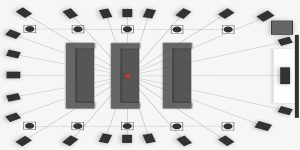 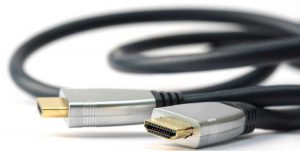