While assembling an audio system, you are likely to come across an offer to buy two amplifying units: a preliminary amplifier (also called “preamp”) and a power amplifier (also referred to as an end amplifier). If they are combined in a common unit, such a device is called an integral amplifier.

With a preamp, your system will look like this: source + preamplifier + amplifier + speaker. Disc player, vinyl player, satellite TV tuner, cassette deck, as well as a microphone can serve as sources. Everything is more or less clear with speaker equipment. But the difference between amp and preamp is a secret for many people. This article is aimed to correct this.

What a power amplifier is?

A power amplifier is a device that improves the signal coming from a preamplifier and transmits it to speaker systems. Its main task is to bring a sound wave to a level that will allow the connected speakers to reproduce it with sufficient volume.

Power amplifiers usually do not have settings (including volume control). All adjustments are made at a preamplifier. A power amp itself is always running at full power.

What a preamplifier is?

A preamplifier is designed to convert a weak signal into a stronger one. This device is usually placed near the sound source. This makes it possible to grasp a signal and immediately transmit it to a power amplifier without changes. A weak signal is usually received from microphones, sound pickups, players, and even receivers.

You can control and tune a preamp by using a front panel. In the back, you can find connectors for syncing with an amplifier, a microphone, record players, and other devices.

Therefore, to get top-notch vocal sound, you should have both the best mic preamps and high-quality power amplifiers. Each equipment type plays an important role in ensuring the smooth operation of audio systems. 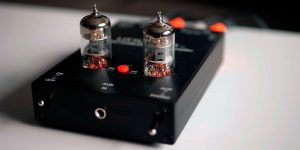 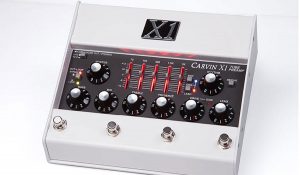 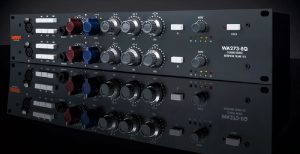 Do I need a microphone preamp